The Athletic and Daily Mail said Klopp thought referee Anthony Taylor could have dismissed five players but did not want to further embarrass United, who lost 5-0 on Sunday.

Taylor initially booked Paul Pogba for his second-half challenge on Naby Keita but dismissed the France midfielder after a VAR review as Liverpool inflicted a humiliating defeat on Ole Gunnar Solskjaer’s men.

The Athletic said “sources close to the Liverpool bench” thought Manchester-born Taylor did not send off more United players because he “took pity” on them.

But Klopp was angry about the reports in his pre-match press conference on Friday.

“I didn’t think a second about it — not a second,” the Liverpool boss said ahead of Saturday’s Premier League game against Brighton at Anfield.

“The Athletic said ‘people close to the staff’, which I always think is a dangerous saying. You cannot do these kind of things. It’s just not right — it’s a lie.”

“We spoke about Ronaldo’s situation and my view was it could be a red card. When I saw it back, he gets the ball, it’s a dark yellow, completely fine,” said Klopp.

“But we never spoke about that. Why would you make a story like that?

“You have to be serious in these things — all of you (journalists). You cannot do these things just to sell a few lines.

“These are real fake news, not what (Donald) Trump was talking about.”

United manager Solskjaer also expressed his frustration at what he called “blatant lies” after media reported Pogba refused to speak with him and suspended contract negotiations following the Liverpool debacle.

Pogba himself blasted the rumours as “fake news” on social media.

Unbeaten Liverpool enter their fixture against fifth-placed Brighton second in the table with six wins from nine games, trailing leaders Chelsea by one point.

Guinea midfielder Keita is fit despite leaving the Old Trafford pitch on a stretcher, but Klopp will be without the injured Fabinho and James Milner.

Spain playmaker Thiago Alcantara has returned to training after a calf problem but is unlikely to feature at Anfield. 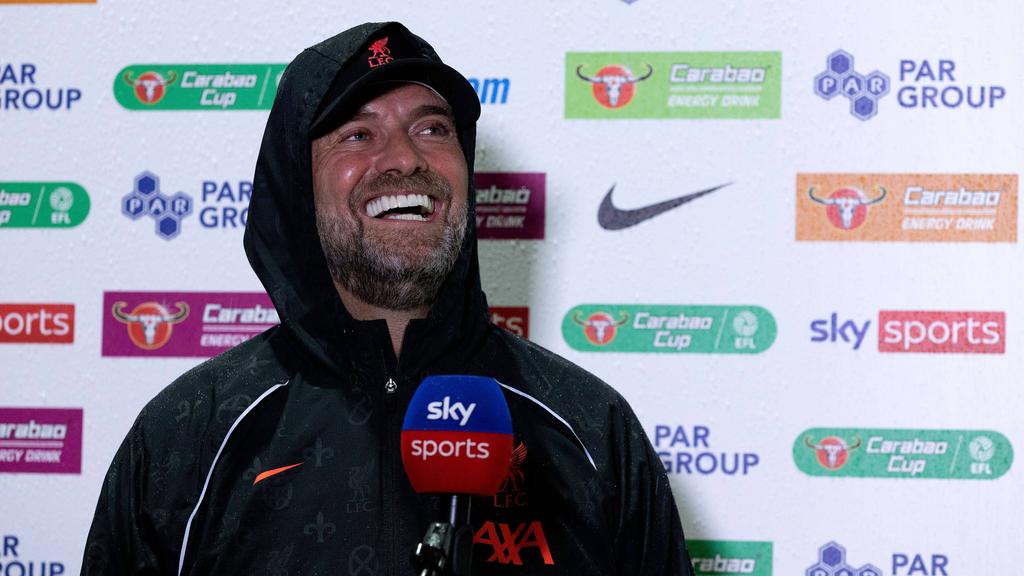