Brendan Rodgers warned his Leicester players not to be distracted from their task of qualifying for the Champions League by the FA Cup final after they tightened their grip on a top-four spot.

The Northern Irishman’s side have a four-point advantage over fifth-placed West Ham with six matches remaining after thumping West Brom 3-0 on Thursday.

The Foxes play Chelsea in the FA Cup final next month, looking to lift the trophy for the first time. They last appeared in the final in 1969.

Rodgers is determined to avoid a repeat of last season’s implosion, with Leicester missing out on a Champions League spot on the final day of the season.

“We can only control ourselves,” he said after his side’s impressive win against West Brom at the King Power Stadium. “There’s nothing guaranteed, we want to arrive in the top four.

“I said to the players this is the time of the season. Just because they have arrived in the final, it doesn’t mean we have one foot in and one foot out. We have other commitments.”

Rodgers said he was frustrated at half-time even though his outstanding side were 3-0 ahead after goals from Jamie Vardy, Jonny Evans and Kelechi Iheanacho.

“There were too many loose passes, simple mistakes where we needed to be more precise,” he said. “(Kicking the water bottles) nearly broke my ankle. My right foot has never been the strongest.

“I’m always looking for perfection, and I know you can never get it but you have to strive.”

Sam Allardyce’s West Brom had given themselves a sliver of hope after wins against Chelsea and Southampton but their situation now looks hopeless.

They are languishing in 19th place, nine points adrift of 17th-placed Burnley and with a significantly worse goal difference.

Allardyce said his side could not cope with Leicester, describing them as “only behind Manchester City on that performance”. 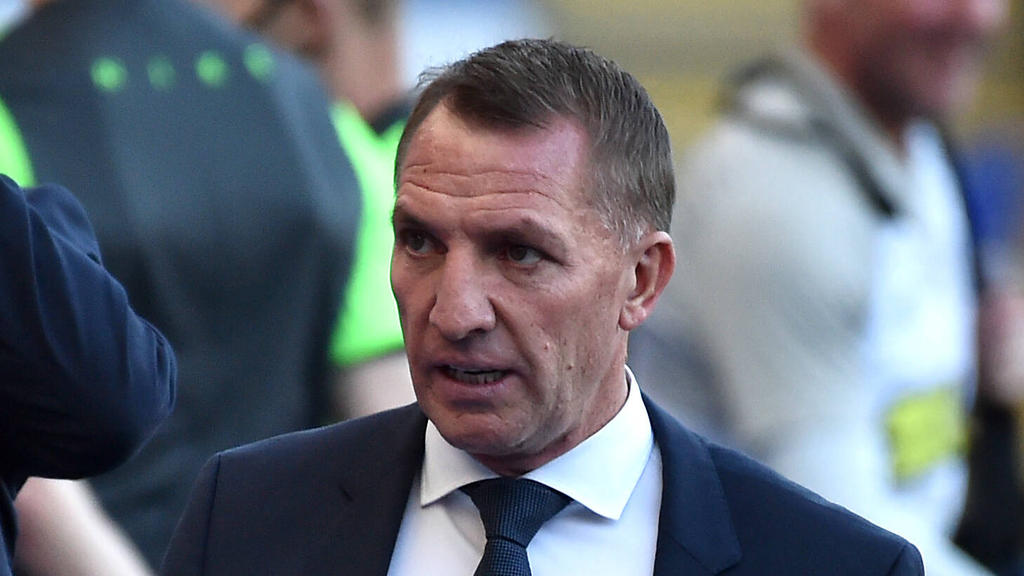 Sancho, the $100 million man, wants to bring trophies back to Man Utd